Belimumab (Benlysta) finally approved for limited use on the NHS

Belimumab (Benlysta) finally approved for limited use on the NHS

The first new treatment for lupus in more than 50 years, Belimumab (Benlysta), has finally been approved for limited use on the NHS for certain patients living with the condition in England and Wales. 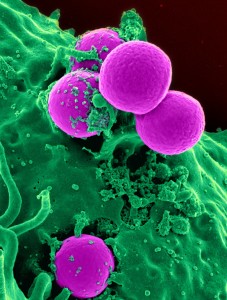 The National Institute for Health and Care Excellence (NICE) said on Tuesday that the drug would be made available under a managed access scheme between GlaxoSmithKline (GSK) and the National Health Service (NHS) in England.

This requires the treatment to be reviewed by NICE after three years, during which time further data will be collected on its benefits to patients.

Benlysta, the first new treatment for lupus in a half-century, was approved in Europe five years ago. It is the first in a new class of drugs called BLyS-specific inhibitors, which work by targeting a naturally occurring protein believed to play a role in the production of antibodies which attack and destroy the body’s own healthy tissues.

GSK will provide the medicine to the NHS at an undisclosed discount.

“We are very pleased that NICE has announced that this new treatment will be made available on the NHS for lupus patients in England and Wales who meet the necessary criteria. It has allowed access to another treatment option for those with advanced disease which has failed to respond to currently available therapies.” – Chris Maker (Director of LUPUS UK)

We will keep you updated with any further news developments on this story.