A Guide to Artificial Lighting

• Visible light is that part of the electro-magnetic spectrum that lies between the wavelengths of ultraviolet and infrared.

• White light is all colours: a rainbow is white light split up into its component colours.

• Northern sunlight (i.e. in areas north of the fortieth parallel) has more blue and UV than equatorial sunlight because of the greater absorption of all other colours, or wavelengths of light, by the atmosphere.

These were the universal screw-in or bayonet bulbs in most homes consisting of an incandescent bulb with a tungsten filament in a near vacuum. Incandescent light is biased heavily toward the red spectra.

Disadvantages: Inefficiency, low output of light for energy level, and therefore banned for domestic use. 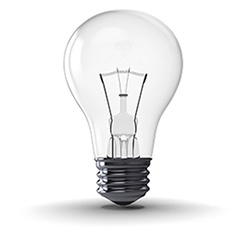 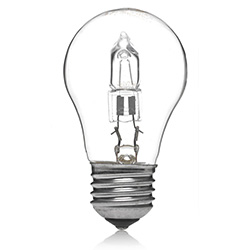 A variation of the incandescent bulb, it involves a more complex process whereby UV generated by the inner capsule is filtered by the outer capsule. Halogen lamps are 25-30% brighter than regular incandescent bulbs and remain brighter, longer.

Advantages: Efficiency. They last about twice as long as regular incandescent bulbs and give off 95% of their initial light output at the end of their lives, and slightly more energy efficient.

Disadvantages: They are on average 5 to 10 times as expensive as their non-halogen counterparts. They are also due to be banned for domestic use.

Effects on light sensitive patients: Many report a severe adverse reaction to halogen bulbs, as they emit more UV and blue light than their Tungsten counterparts.
Fluorescent Lighting

They emit about four times as much light per unit of electricity as incandescent lights but are more complicated to install. The mechanism of fluorescent lighting involves the emission of UV and E-field radiation. Fluorescent tubes come in hundreds of shapes, sizes and spectral output.

Disadvantages: More expensive to install. More difficult (and toxic) to dispose of. Also due to be banned as they are so much less efficient than LEDs (and they contain Mercury).

Effects on light sensitive patients: Because fluorescent lighting involves the emission of UV radiation it is unsafe for light sensitive individuals (unless covered by protective film or of the 'double envelope' type) and for many, unless the ballast is at least 5m from the sufferer. Research by German scientists at Berlin's Alab Laboratory indicates that compact fluorescent lamps released several cancer-causing chemicals (April 2011). 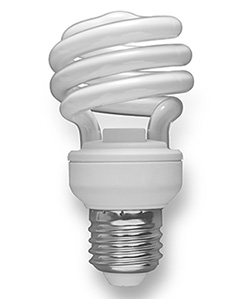 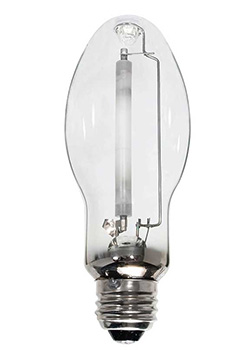 These are the big bright lamps you (used to) see in grocery stores, street lighting and industrial lighting. These lamps produce a lot of light quite efficiently.

There are three types of HID lamps:

Advantages: Sodium Vapour lamps are ten times more efficient than incandescent bulbs, in fact these are the most efficient bulbs made and one of the cheapest HID bulbs to purchase.

Disadvantages: Yellow tone of light, and still less efficient than LEDs, so being phased out.

Effect on light sensitive patients: This spectral range has no adverse effect and can safely be used for floodlighting and lighting of public places.
LEDs (Light Emitting Diodes)

Advantages: Very economical, with the most long-lasting bulbs.

Disadvantages: Cool and bright white LEDs can be blinding, and cause migraines and skin rashes. A study (Environmental Science and Technology, January 2011) has found that LEDs contain lead, arsenic and a dozen other potentially hazardous substances.

Effects on light sensitive patients: They emit almost no UV, far less even than an incandescent bulb, which is a good point. However, the popular 'cool white' and 'bright white' emit large amounts of (near UV) short-wavelength blue which for many is as dangerous as UV. The warm white can be tolerated my many, especially with a shade/diffuser. The ‘heritage’ range (normally only in lower powered bulbs), although expensive to buy, should be safe for most people. They emit a yellowy light like the very old-fashioned incandescent bulbs. The filament-style bulbs are usually the safest. BUT: Some very sensitive people cannot tolerate any LEDs, maybe because of features other than the light emissions. 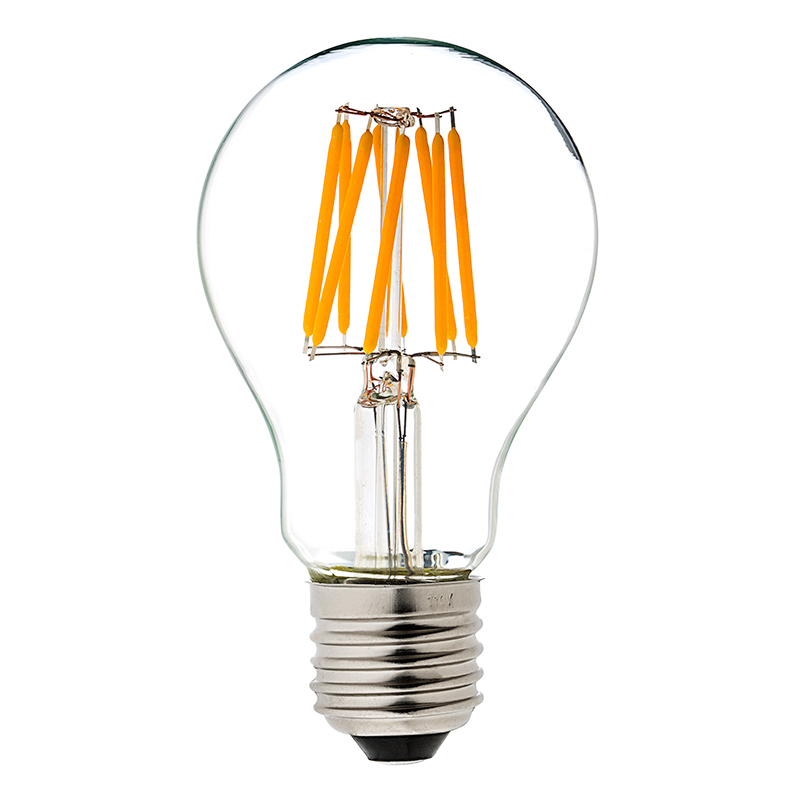 Planning For The Future

• It is reassuring that fluorescents are being phased out.

• We will campaign against the use of 'cool' and 'bright' white LEDs in public.

• We will campaign for all lights to be fitted with shades of diffusers.

• See tips under “Information and Advice” and "Product Information”.