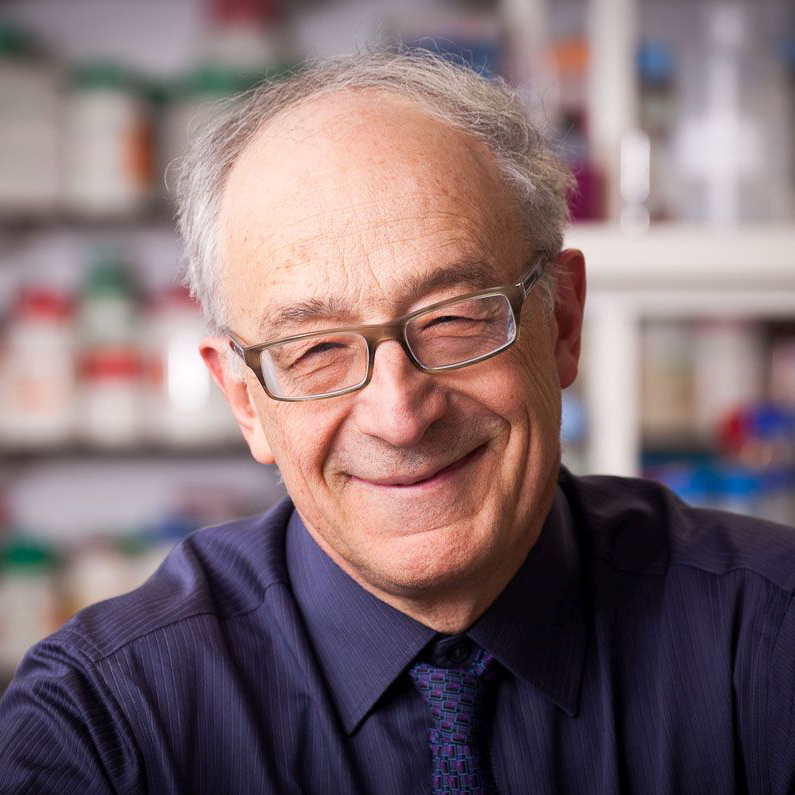 David Isenberg holds the Versus Arthritis chair in Rheumatology at University College London and is Academic Director of the UCL Centre for Rheumatology and Bloomsbury Rheumatology Unit. He has been running the lupus clinic at University College Hospital for the past 25 years and is a Fellow of the Royal College of Physicians and the Academy of Medical Sciences. David was deeply involved in the development of the BILAG disease activity score, widely used for patients with lupus. From 1998 to 2003 he was Chairman of the Systemic Lupus International Collaborating Clinics Group and in 2010 he received the Evelyn Hess Prize from the Lupus Foundation of America for his contribution to lupus research and treatment. 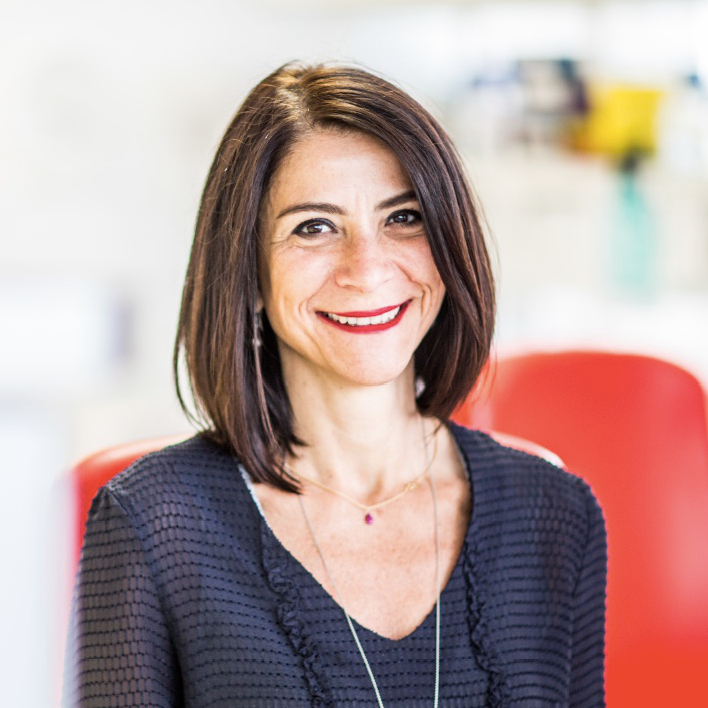 Claudia Mauri is Professor of Immunology at the Centre for Rheumatology and Bloomsbury Rheumatology Unit, University College London School of Life and Medical Sciences, a lupus Centre of Excellence for clinical care, training and research. Claudia has an international reputation for pioneering work in lupus, and the work of her group has led to a clearer understanding of the roles of specific immune cell types in lupus. Her continuing work is focused on translating experimental ideas into new treatment approaches for lupus patients.

Is lupus hereditary and why do more women than men get lupus?

We know from studies of twins that lupus has a significant genetic component. If you have lupus and you have an identical twin, the chance of that twin also having the disease is 25%, but if your twin is not identical, it is only 2%. The fact that 10-12% of people with lupus also have a close relative with the disease provides further evidence that genetics plays a role in lupus development. However, many other components also contribute. The disease can be triggered by infections, ultraviolet radiation and even some drugs. It remains unclear precisely why lupus is so much more common (about nine times) in women than men, but some hormonal factors seem to encourage the production of the harmful antibodies (known as autoantibodies) which characterise the disease.

What tests are there for lupus – how is it diagnosed and monitored?

Lupus is sometimes known as the ‘Great Mimic’ as it can “look like” many other conditions. It is diagnosed on the basis of varying combinations of clinical features and blood tests. The most common clinical features include: facial skin rashes (often known as a ‘butterfly rash’) which are often sensitive to sunlight; arthritis, often affecting the hands and wrists (but many other joints may be involved); recurrent crops of mouth ulcers; swollen glands; fevers and inflammation of the tissues around the heart and lung, which can make breathing very painful. Another important aspect of lupus is its ability to cause inflammation in the kidney and less frequently in the central nervous system. Monitoring patients with lupus consists of regular physical assessments by a rheumatologist and blood tests to check the levels of certain antibodies which are often abnormal in lupus patients.

What are some of the most effective treatments currently available for lupus and lupus fatigue?

There is no ‘one size fits all’ therapy for lupus. Many lupus patients respond to a drug introduced in 1955 for the treatment of malaria! This drug, hydroxychloroquine, has been found to have some very beneficial effects on patients with lupus who are troubled by fatigue, joint pains and skin rashes. If lupus becomes more severe, corticosteroids (e.g. prednisolone) are widely used, as are a number of ‘immunosuppressive’ drugs like methotrexate, azathioprine and mycophenolate. Most of these drugs have been around for several decades. In the last few years, the first so-called ‘biologic’ drug, Benlysta, (which can block the activation of certain kinds of white blood cells known as B-cells) has been approved by the FDA in the United States and by NICE in the UK. However, Benlysta is not suitable for all lupus patients. In addition, a drug called rituximab, which substantially reduces the numbers of circulating B-cells, has also become widely used for many aspects of lupus. Lifestyle modifications can also have a significant impact, including regular aerobic exercise and dietary changes.

What kind of dietary changes are recommended for people with lupus?

Although evidence is scarce, twenty-five years ago it was shown that diets which are low in saturated fat and supplemented by fish oil seem to provide some benefits – but no cures. Thus, lupus patients are recommended to try diets with lots of oily fish, vegetables, semi-skimmed milk (rather than full-fat milk) and white meat (rather than red meat), and to try and keep their cholesterol levels as low as possible. A calorie-controlled diet with a reduction in alcohol and salt intake is also advised. There is growing interest in how the gut microbiome (the populations of bacteria colonising the gut) influences the immune system and hence disease, with the goal of understanding how disease symptoms could be managed by diet.

Can you explain some of the difficulties clinicians face in assessing which treatments will be most effective?

One of the best sayings of Medicine is “First do no harm” and this applies particularly to the use of drugs in lupus. Drugs like steroids – while very wonderful in many ways and fast-acting – can also, in too high a dose, cause thinning of the bones and increased risks of high blood pressure, diabetes and infection. Likewise, drugs which suppress the immune system can be very good at controlling symptoms, but do render patients more susceptible to infection. Clinicians must consider the balance between the positive impact of a medication and potential negative side effects. Another major challenge for clinicians looking after lupus patients is that not every symptom experienced may necessarily be due to active lupus. For example, pain in the hip could be caused by inflammation of the joint or could be due to a nasty side effect of steroids causing damage to the head of the femur bone.

Are there special precautions for pregnancy if you have lupus and how does this affect treatments?

Fertility in lupus patients does not seem to be a major problem. Provided the disease is not too active at the time of conception, relatively few flares seem to occur during pregnancy. However, pregnancy in patients with lupus still needs to be monitored carefully, with increased chance of premature delivery and pre-eclampsia. Women with lupus who have a set of antibodies in their blood known as antiphospholipid antibodies are at greater risk of having miscarriages (and also blood clots). In addition, lupus patients who have the anti-Ro antibody (around 35%) have a small increased risk of giving birth to a child with a facial rash (that goes within a few weeks) and a more worrying condition known as ‘heart block’ in which the heartbeat is slowed down and does not adequately speed up when it needs to. This may require treatment with a pacemaker during childhood. Planning a pregnancy is important – there are fewer complications arising in pregnancies during periods of disease remission or reduced disease activity. Some lupus treatments are unsafe for pregnancy, such as methotrexate. However, others such as hydroxychloroquine and prednisolone are considered safe. An appropriate treatment plan should therefore be established to reduce the chance of complication.

Can a patient who has lupus have the flu jab?

Lupus patients on 10mg of steroids or more should not have “live viral” vaccinations, and nor should patients on immunosuppressive drugs. However, the flu jab is considered safe and is recommended each year due to the increased risk of flu infection and complications.

How does lupus go into remission and can patients do anything to affect this?

The best thing that someone with lupus can do is to stick to the treatment regimen set by their doctor. Remission can be broken down into clinical remission, defined as a period of no disease activity for a minimum of 3 years, and serological remission where autoantibody levels and other immunological parameters are normal. Complete remission involves both of these components. In a study involving over 600 patients followed for a period of 30 years at University College Hospital, 14% went into full remission (no clinical features, normal blood tests and off all steroids and immunosuppressive drugs) for a period of three years. Unfortunately, 20% of these patients still had a flare after this period. Many women with lupus notice a remission in their clinical features, and often a full remission, around the time of the menopause.

What do you think the future might hold for lupus with regards to treatments?

In spite of many disappointments, numerous pharmaceutical companies are pushing very hard to try and find more effective ways of treating patients with lupus. This is important because the conventional drugs have now reached the zenith of what they can achieve. Multiple components of the immune system are dysregulated in lupus, and there is currently little understanding of how this relates to treatment efficacy and why there is so much variation in how patients respond to a particular treatment. Ongoing research aims to answer these questions, which may lead to a more personalised approach to treatment and increase the ability to predict how successful a certain treatment might be for a particular patient. In the 1950s, only half of lupus patients survived for four years after diagnosis. Nowadays, the outlook is much brighter – but we still have some way to go!