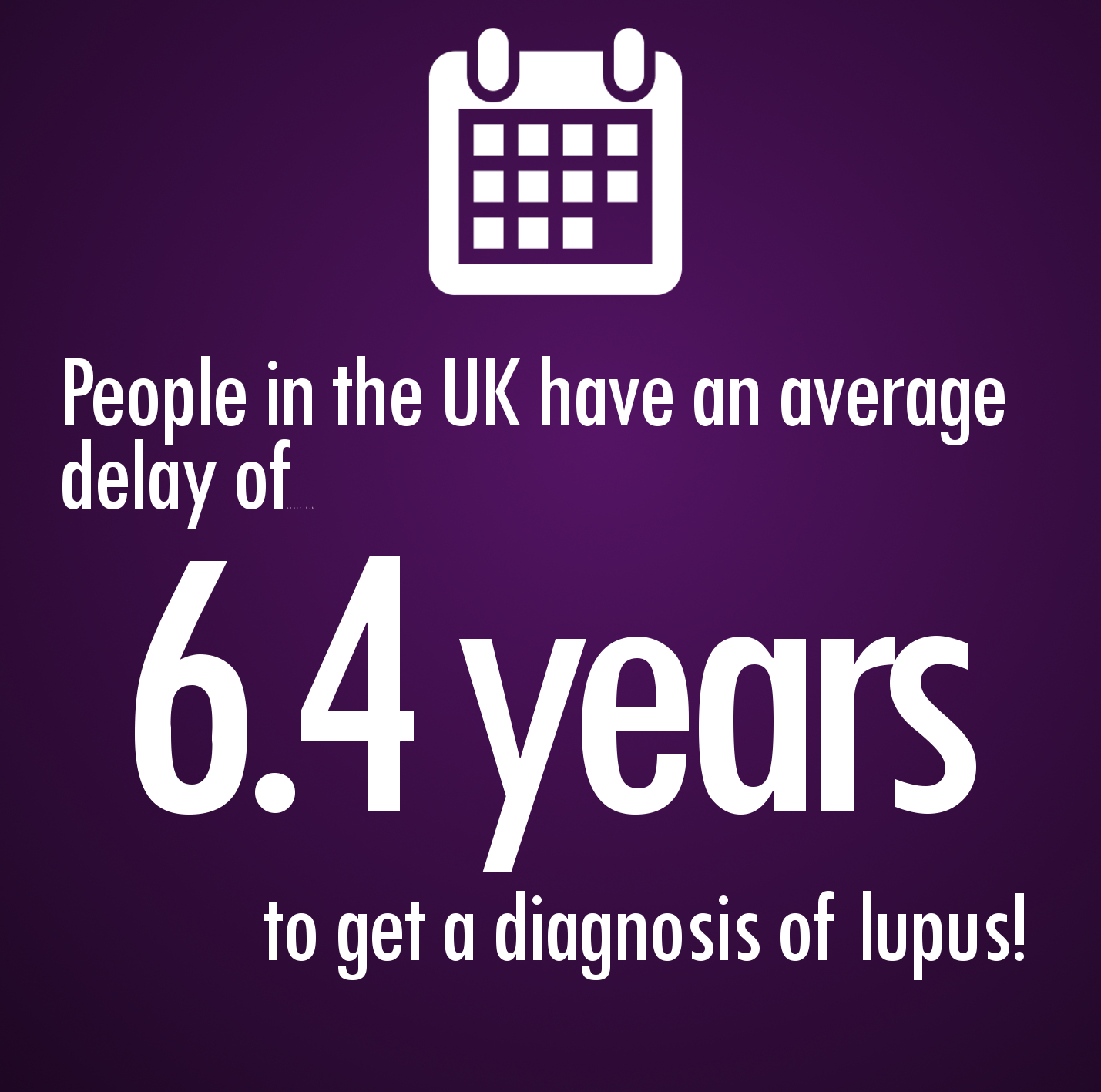 Recently published results from a LUPUS UK survey have revealed that lupus patients in the UK experience an average delay of 6.4 years between developing initial symptoms and reaching a diagnosis. In addition, the survey showed no change in this delay to diagnosis over recent decades despite efforts to improve identification and diagnosis of the disease. 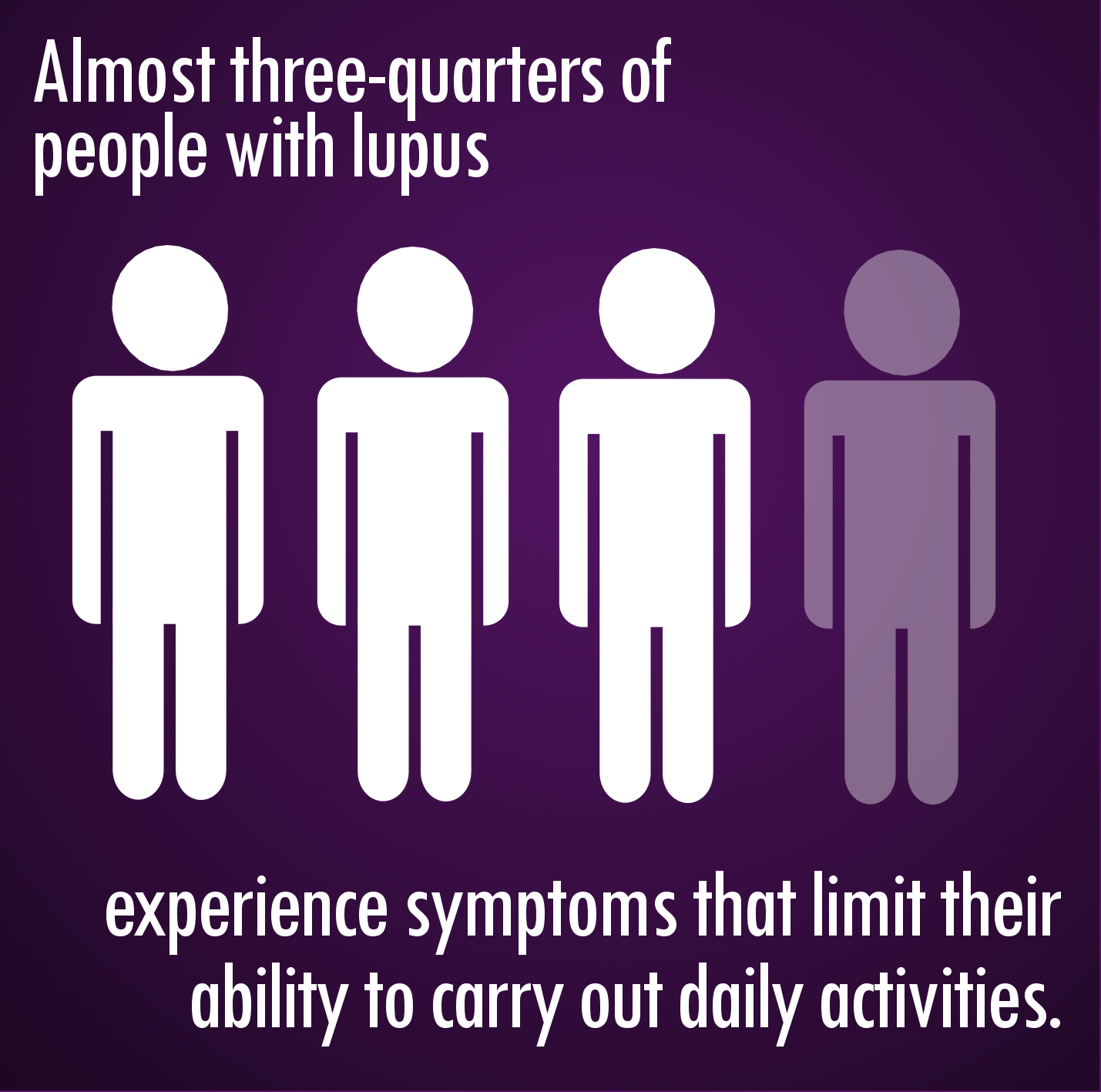 The results of this survey, which was a collaboration between Manchester researchers and LUPUS UK, demonstrate that further work is needed to raise awareness of lupus amongst both healthcare professionals and patients in the UK to recognise the early symptoms and signs of the disease. Almost three-quarters of individuals with lupus experience symptoms that limit their ability to carry out their daily activities, so a delay in diagnosis and treatment are having a significant impact on patients’ long-term physical, emotional, and financial wellbeing. These findings suggest a clear agenda for further patient focused research to increase awareness of lupus, identify better, more effective therapies and improve support for patients and overall quality of life.

Nadia Tasher (24) says,
“I developed what I thought were my first symptoms of lupus (joint pain, muscle aches and fatigue) when I was 18 years old. I initially attributed these symptoms to the stress of an unrelated spinal surgery but as I developed more symptoms I started to suspect something else was going on. I was continually dismissed by my GPs as overly anxious and made to feel like I was a hypochondriac. After developing severe heart-related symptoms and being admitted to A&E three times I started to look for answers myself. I read about lupus and identified with a lot of the common symptoms. I requested blood tests from my GPs which revealed positive results, but the significance of these results were not fully understood. Finally, last year, at the age of 23 I paid for a private consultation where I was diagnosed with lupus within half an hour and prescribed treatment. The consultant believes that I may even have had symptoms of lupus (interstitial cystitis and anaemia) when I was 15. My diagnosis means that I have had to make significant changes to the way I live my life and I will always need treatment, but I now have answers and I won’t give up the fight.”

Studies have shown that lupus affects approximately 1 in 1,000 people in the UK, but it is not known how many more cases of lupus are currently undiagnosed due to poor awareness and a lack of specialist referrals.

Professor Ian Bruce (Consultant Rheumatologist at Manchester University NHS Foundation Trust and Director of the NIHR Manchester Biomedical Research Centre, who was lead author of the study) has given the following advice for people who suspect that they may have symptoms of lupus;
“Many of the signs and symptoms of lupus, when they occur in isolation, are common in the general population. Lupus however typically affects several parts of the body so it is the accumulation of suggestive signs and symptoms including joint pain and stiffness, sun sensitive rashes, recurring mouth ulcers, diffuse hair loss, fatigue and Raynaud’s phenomenon that should prompt consideration of a multisystem condition such as lupus. If someone suspects they may have lupus they should ask their GP to assess their whole medical history, consider doing some simple tests and/or referring to a rheumatologist”.

Click below to read a summary and analysis of the key findings from the member survey;

About the survey:
A total of 2527 anonymous surveys were completed by LUPUS UK members answering questions about diagnosis, symptoms and treatment. The results were analysed by The Arthritis Research UK Centre for Epidemiology, University of Manchester and accepted for publication in the journal ‘Lupus’ on 16 November 2017.

The National Institute for Health Research (NIHR): improving the health and wealth of the nation through research. Established by the Department of Health, the NIHR:
– Funds high quality research to improve health
– Trains and supports health researchers
– Provides world-class research facilities
– Works with the life sciences industry and charities to benefit all
– Involves patients and the public at every step
For further information, visit the NIHR website – www.nihr.ac.uk